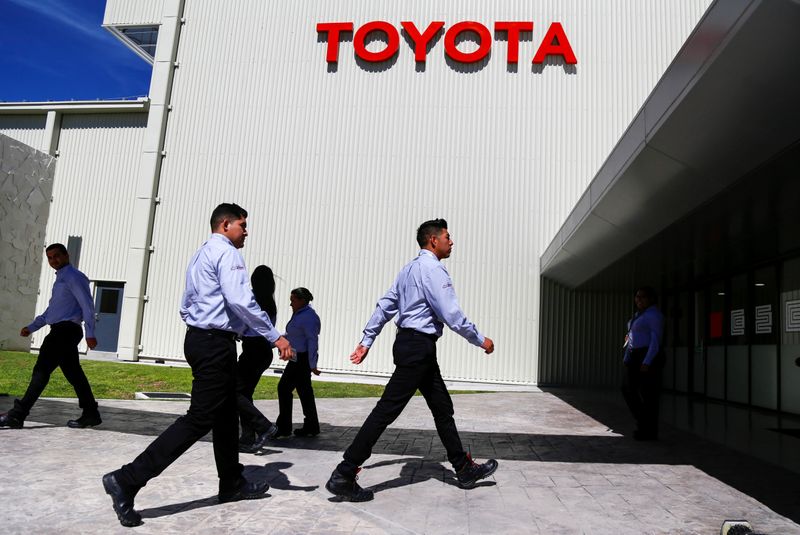 By Nick Carey and Rachit Vats

(Reuters) - Toyota Motor Corp (T:7203) on Tuesday reported a 23% drop in U.S. new vehicle sales in August versus the same month in 2019, as a two-month industrywide shutdown of auto production in the spring to halt the spread of COVID-19, as well as an uncertain economic recovery, weighed on sales.

This was Toyota's fifth straight month of U.S. sales declines.

Automakers have struggled to get inventory to dealers to replenish stocks following the pandemic-fueled shutdowns.

This has enabled them to scale back consumer discounts on popular models and raise vehicle prices.

According to consultancies LMC and J.D. Power, which had predicted industrywide U.S. new vehicle sales to be down 20% in August, nearly 45% of vehicles sold during the month spent fewer than 20 days on dealer lots, 35 percentage points more than the previous year.

TrueCar Inc (O:TRUE) subsidiary ALG said on Tuesday that the average transaction price for vehicles was up 3.9% in August versus the same month in 2019.

While U.S. demand for new vehicles has remained stronger than expected after driving off a cliff in March and April as a number of states shut down because of the coronavirus, there is plenty of uncertainty over whether a sustained recovery is possible.

Outbreaks of COVID-19 across southern and southwestern U.S. states during the summer appear to have slowed the economic recovery. Unemployment remains high and could weigh further on sales moving forward.